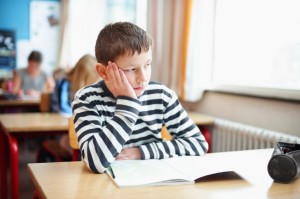 The child of an addict will often appear withdrawn in school and around their peers. Depression is a very common effect of addiction on children, and depression at such a young age can result in severe antisocial behavior.

Studies have also shown that children of addicts tend to not feel safe. Their parent’s erratic, disfunctional behavior creates feelings of fear and anxiety within them because they do not feel like they can count on their protector and provider for security.

The most well known effect of a parent’s addiction on their child is to pass their addictive tendencies along to their child, usually at an earlier age than most encounter addictive behaviors and substances. A substance abuse problem is the most common addiction that a parent will impress on their child. Often, even when the child is still young, they will sample some of the substance that their parent is addicted to, either because the parent offered it or because the child is simply curious. This lays the foundation to continue experimenting with the substance, and because of their parent’s example, overuse it. A majority of substance abuse cases involve family members who also abused substances.

Interestingly and sadly, even parental addictions like sex often still affect the child, despite the fact that it happens behind closed doors. Studies show that children pick up on their parent’s sex life based on their behavior toward one another and how they interact. Parents with a healthy sex life usually result in children with a healthy sex life, while parents with a dysfunctional or addicted sex life often pass these characteristics off onto their children.